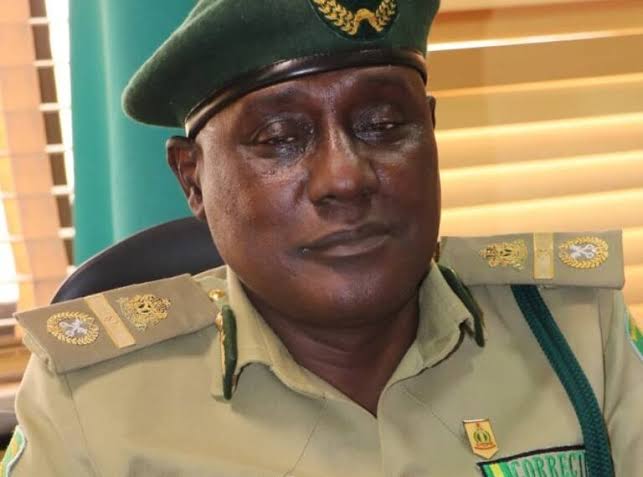 The Senate has confirmed the appointment of Mr. Haliru Nababa as the Controller-General of the Nigerian Correctional Service (NCS).

This was sequel to the consideration and adoption on Wednesday of the report of the Senate Committee on Interior, chaired by Senator Kashim Shettima (APC, Borno Central).

President Muhammadu Buhari had, in a letter dated February 23, 2021, asked the Senate to confirm the appointment of Nababa as CG of the NCS.

Presenting the report, the Chairman of the committee, Senator Shettima, said Nababa after a thorough screening satisfied the requirements of Section 3(2), as contained in the Nigerian Correctional Service Act, 2019.

He said Nababa has no petition against him, does not belong to any political party and is a man of integrity.

According to him, ”The nominee, while appearing for screening before the committee, identified lack of adequate supply of arms and ammunitions to curb jail break in the country; lack of adequate funding; inadequate releases of allocations; deltoids toon of Correctional Centres structures as some challenges faced by the Nigerian Correctional Service.”

He added that Nababa further noted that inmates awaiting trials are to be given urgent attention to decongest centres, while efforts will be made to acquire more spaces in collaboration with the state governors and other stakeholders.

Speaking in support of the CG-nominee, a former Minister of Interior, Senator Abba Moro (Benue, South), said: ”Nababa served under me, when the then prison services were facing great challenges, prisons were attacked in various parts of the country. Because of his professionalism in which he handled the affairs at the time, I and the management at interior wrote a commendation to Nababa. So when he came up for screening, I didn’t have any hesitation. He is suitable for the job.”

The upper chamber also Wednesday referred President Buhari’s request, seeking to confirm the appointment of Salamatu Suleiman, as Chairman of the National Human Rights Commission, and 15 other members to the relevant committee.

President of the Senate, Dr Ahmad Lawan, referred the request to the Committee on Judiciary, Human Rights and Legal Matters, following the adoption of a motion for referral moved by the Senate Leader, Senator Abdullahi Abubakar, and seconded by the Minority Leader, Senator Enyinnaya Abariba.

The committee, headed by Senator Opeyemi Bamidele, was given two weeks to screen the nominees and report back to plenary.