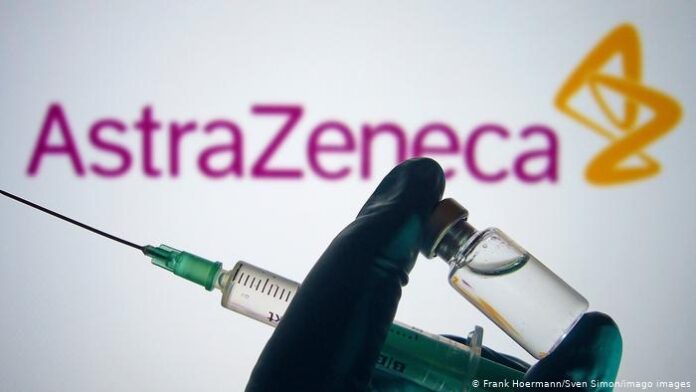 The Minister of Health, Dr. Osagie Ehanire, yesterday disclosed that Nigeria has not received the AstraZeneca Vaccine, and the Federal Government does not know exactly when it will be delivered to the country.

Although, World Health Organisation (WHO) tells Nigeria to expect four million doses from COVAX next week.

Recall that during the week, the Executive Director of the National Primary Health Care Development Agency (NPHCDA), Dr. Faisal Shuaib, while addressing journalist at the Presidential Task Force (PTF) on COVID-19 briefing, stated that the AstraZeneca COVID-19 vaccines may likely arrive the country in one week.

He further revealed that only four million, out of the 16 million expected doses of the AstraZeneca vaccine from the WHO-led COVAX facility will arrive in the first batch of supplies to the country.

Speaking during a program on NTA on Friday, Ehanire said, “When the vaccines will arrive depends actually on the donor. These vaccines are donated and they are provided by the COVAX facility. This COVAX facility is in the process of giving them to various countries, and you understand that after Ghana it is Ivory Coast. When ours will come exactly, we do not know. So it is not really in our hand.

“Ghana got its first shipment of 600,000 doses, but we are expecting four million doses – which is quite a size, and we are prepared to receive the vaccines as soon as it comes.

“All the preparations are down, and the launch will be at the National Hospital in Abuja, and they have been put on notice, and NPHCDA has done all the planning and micro-planning needed to get that process going.

“As for the protocols, we are following the recommendation by the WHO, which is to give attention to frontline health workers – those that are exposed to the risk of being infected and those who if they get infected, will create a vacuum in workforce; it includes those working in the laboratories and dealing with this virus.

“The second category will be those who if they got infected, will be severely sick, and those are the elderly and those with vulnerable diseases like diabetes, hypertension, cardiovascular diseases, asthma etc. So they will be given priority. We are going to be scaling down from the health workers, those with vulnerabilities, to the age of 18. We are looking for what we call herd immunity to be able to immunise 70 percent of our citizens. We hope that with that and with the same process in the West African sub-region, we are all safe.”

The Minister added: “AstraZeneca is a two-dose vaccine. The Johnson & Johnson, which is among the ones we are getting from the African Union (AU) is a one-dose vaccine. The interval that is suggested with the AstraZeneca is three weeks, but some countries have demonstrated the experience that if you stretch that interval up to 12 weeks, you do get a better and longer lasting immune response. That is what has been recommended particularly in the UK.

“So, we are looking at what the UK experience brings and also what we see here. But it is from three weeks to 12 weeks.”

Speaking on the mode of distribution of the vaccines during a virtual sensitisation meeting by the NPHCDA with health journalists, Dr. Nana Sandeh-Abubakar, who represented the Director of Disease Communication and Immunisation, explained that the NPHCDA team is targeting the introduction of the vaccine in phases, over time, beginning with the AstraZeneca vaccines.

WHO said its first 4 million doses of COVID-19 vaccines next week from the global COVAX vaccine programme for poor and middle-income countries, the head of the World Health Organisation mission in Nigeria said yesterday.

Walter Kazadi Mulombo, WHO representative in Nigeria, told a briefing by video link that Nigeria was expecting 14 million doses in total.

Chikwe Ihekweazu, Director-General of the Nigeria Centre for Disease Control, said the situation in Nigeria was so far much better than had been widely predicted early in the outbreak.

Nigeria, Africa’s most populous country with some 200 million people, has reported fewer than 1,900 COVID-19 deaths so far, and WHO officials at the briefing praised its response.

“The whole world expected the continent of Africa, and Nigeria with our social and economic realities, to basically fall apart,” Ihekweazu told the briefing, also by video link.

He said seroprevalence studies in four Nigerian states had shown a larger number of mild cases, but that serious illness appeared to be rarer than feared, possibly in part because of the young average age of the population.

The Federal Government is set to launch an emergency medical and ambulance service across the country.

Ehanire, revealed the Federal Government was pulling all ambulances together to form the National Emergency Medical Service and Ambulance System (NEMAS), which will be launched within the next month.

Dr. Osagie said by dialling the emergency code 112, Nigerians can access emergency ambulance service within minutes, at no cost.