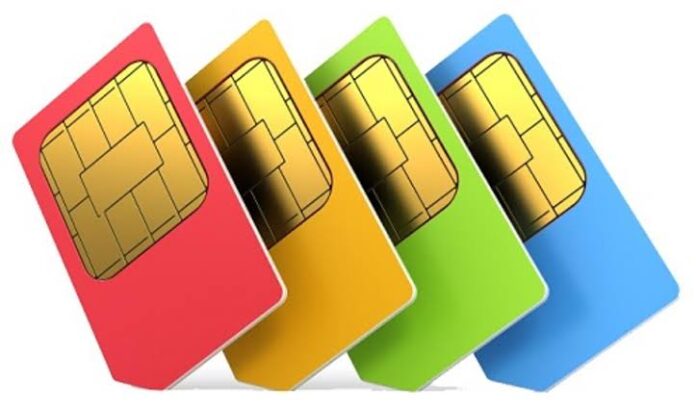 Since the suspension of new Subscriber Identification Module (SIM) card sales and registration by telecom operators on December 9, 2020, the country has been recording its negative impact on socio-economic activities as over N45 billion might have so far been lost.

Beyond the mobile network operators (MNOs) losing about N25 billion to the process as a result of inactive SIM cards and the standing order against sale of new SIM cards, there are indications that the impact of the order on many businesses and financial transactions may have cost the country about N20 billion in three months.

Some businesses are struggling for survival because of the inability of subscribers to reactivate their lost SIMs and activate new ones. This challenge has been impacting the socio-economic lives of the people who have continued to lament.

Speaking with newsmen, Deolu Ogunbanjo, President, National Association of Telecommunications Subscribers (NATCOMS), said the country’s economy is losing seriously as a result of SIM/National Identification Number (NIN) registration and linkage, as well as the suspension of new SIM cards.

According to him, “The reality is that the economy is suffering partly because of these policies around SIM cards in the country.

“First, the deadline for SIM/NIN registration and linkage issued by the Federal Government is putting pressure on the subscribers who are, by extension, the drivers of the economy.

“I have visited some of the centres, particularly the network operators’ centres. I noticed that only about five or six people are registered in a day.

“You can imagine how long it would take to register the millions of people who had yet to do so.

“You know, time is money. You can’t quantify the value of the time being expended on this exercise.”

Speaking further, Ogunbanjo said there would soon be more confusion as JAMB candidates have been directed to begin registration with their NIN.

“I wonder why the Federal Government cannot obey court orders.

“The court ordered the extension of the SIM/NIN registration, but the government decided to fix May 6, 2021.

“NATCOMS has called on the government to extend the SIM/NIN registration to December 21,” he said.

In a statement issued at the weekend, the government approved the extension of the period of the NIN-SIM linkage to May 6, 2021.

This was the decision taken during the meeting between the Ministerial Task Force on NIN-SIM data linkage and key stakeholders.

The statement noted that over 51 million people now have their NINs with a significant increase in the monthly enrolment.

Also speaking on the development, the chairman of the Association of Licensed Telecoms Operators of Nigeria (ALTON), Gbenga Adebayo, said tremendous progress had been made as more data had been sent to the NIMC by telecom operators.

He confirmed that 51 million subscribers had so far been registered, with an average of three SIM cards per subscriber.

Despite the dilemma being confronted by many Nigerians, the Federal Government, early this week, insisted that the current ban on the registration of SIM cards would stay in place for a while longer.

The lingering N42 billion debt settlement between telecom operators and banks has taken a toll on the customers of the two critical industries.