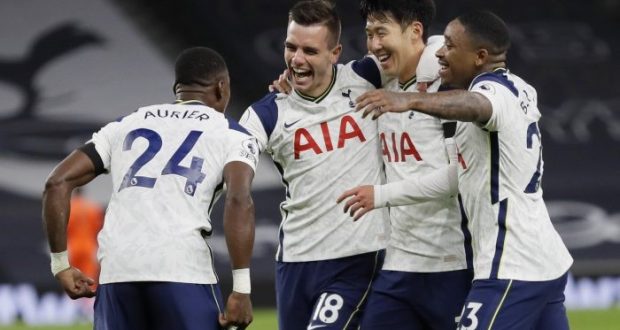 According to Sherwood, Mourinho knew he was going to suffer, that the players were going to suffer out of possession. That’s why Bergwijn played instead of Bale. Hojbjerg, in the middle of the pitch, and with Kane and Son, there’s a chance to win the game.

Despite Man City’s dominance recording 66 percent of the ball, five shots on target, and seven off target, the citizens could not find the back of the net throughout the game.

Goals from Heung-Min Son five minutes into the match and Giovani Lo Celso less than one minute of his introduction in the second half nailed Pep’s side.

Tottenham after their win will finish a day top of the Premier League table for the first time since August 2014. – Agency report.