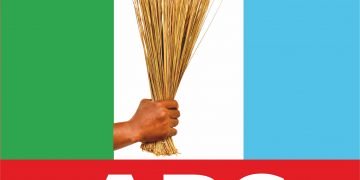 Barring any last- minute changes, the Caretaker/Extra-Ordinary National Convention Planning Committee of the ruling All Progressives Congress may hold the party’s national convention in November, Saturday PUNCH has learnt.

The national convention, it was also learnt, would witness the emergence of a new national chairman and other members of the National Working Committee, while ward, local government and state congresses would hold before the convention.

The National Executive Committee of the party had at a June 25 meeting presided over by the President, Major General Muhammadu Buhari (retd), at the Council Chambers of the Presidential Villa dissolved the NWC.

Others in attendance at the meeting were Vice-President Yemi Osinbajo; Senate President, Ahmed Lawan; Speaker, House of Representatives, Femi Gbajabiamila, many state governors elected on the platform of the party and other stakeholders.

Prior to the NEC meeting, the party had been enmeshed in leadership crisis, including several court cases and different persons laying claim to the leadership of the party after the Court of Appeal ratified the suspension of Adams Oshiomhole as the National Chairman.

The National Leader of the party, Asiwaju Bola Tinubu, had in his statement after the NEC meeting sacked the NWC said one would need a spreadsheet to keep tab of the many court cases concerning the party. The leadership crisis had led to the dissolution of the NWC by the NEC.

But to resolve the leadership crisis and start the process of rebuilding the party, the NEC set up the caretaker committee, with members drawn from the different geopolitical zones, to manage the affairs of the party and conduct a national convention. The committee is headed by the governor of Yobe State, Mai Mala Buni, who once served as the national secretary of the party.

Meanwhile, in a fresh development, the caretaker committee, which had members from the six geopolitical zones, is said to have settled for November, after the governorship elections in Edo and Ondo states, to hold the convention so the substantive leaders of the party could be elected.

A highly-placed member of NEC, who spoke on the condition of anonymity because of the sensitivity of the issue, said, “Unless something changes, a new national chairman and members of the National Working Committee will emerge in November. Right now, what is paramount is the need for our party to secure Edo and Ondo states and stop the haemorrhage within.”

The source also noted that after the visits to Tinubu and the pioneer interim chairman of the party, Chief Bisi Akande, who is also a former governor of Osun State, the committee members would visit other party leaders.

He added, “The reconciliation process, which as you know started with yesterday’s (Thursday) visits to our leaders, Bisi Akande and Asiwaju Ahmed Tinubu is just the first step. Others will be contacted in the coming weeks.”

Another top NEC member, who also spoke on condition of anonymity for what he described as personal reasons, said the committee would be guided by the provisions of the party’s constitution.”

While responding to enquiries as to whether the forthcoming convention would be to elect persons to complete the truncated tenure of the Oshimohole NWC or they would begin a fresh term of four years, the party chieftain said only a four-year tenure is known to the constitution.

He added, “Our party constitution as we have it today does not make provisions for a two-year tenure; it says national officers are elected for a four-year tenure in the first instance and can be renewed for another four years if party members agree.

“For the election of national officers, which normally holds during conventions, ward, local government and state congresses to elect delegates who will participate in the national convention would first hold.”

Other reliable sources in the party NEC noted that the panel was considering holding congresses over a period of three to four weeks as consultations over the exact date were still ongoing.

Saturday PUNCH also learnt that the Buni-led committee would also be reviewing proposals made by the party’s Constitution Review Committee headed by the then National Legal Adviser, Dr Muiz Banire, which submitted its report in 2017.

Part of the proposal, it was learnt, include the stoppage of what some consider an abuse of waivers.

Under the proposed changes, fresh members will no longer be eligible to stand for elections, while they will be required to be financially up-to-date members of the party for a minimum of 12 months.

Also, members who leave the party for another platform and return will be required to automatically lose seniority on their return while the party’s Board of Trustees is to be replaced by an Elders Council with a substantial reduction in the number of party members qualified to be in the council.

It was equally learnt that the caretaker committee would uphold the decision by the ousted Oshimohole-led NWC to use the indirect mode of primary for the Ondo State Governorship election. The election is scheduled for October 10.

When one of our correspondents asked the party’s Deputy National Publicity Secretary, Yekini Nabena, if the party had taken a decision on the issue and if it had communicated its decision to the Independent National Electoral Commission, he said, “When that happens, it will not be a secret.”

In response to a question on the fate of the Chief Bisi Akande-led APC National Reconciliation Committee in the light of the setting up of a separate reconciliation committee for Edo and Ondo states, Nabena said, “The work of the bigger committee will continue. These new committees have a specific assignment to concentrate on Edo and Ondo where we have elections.”