A former Technical Director of then Nigeria Football Association (NFA), Kashimawo Laloko, has called for 25 per cent inclusion of local league players in the various national teams if the country must go beyond its current FIFA rankings.

Laloko made the call in an interview with the News Agency of Nigeria (NAN), in reaction to Nigeria’s latest FIFA rankings released on Thursday.

Nigeria is placed on the 29th spot in the world and third in Africa, behind Senegal and Tunisia, in current FIFA ranking.

Laloko said it was wrong for the current team handler Gernot Rohr to constantly feature foreign-based players while home-based players were left to their fate.

According to him, such situation has negatively affected Nigeria’s previous rankings.

“It is not proper for us to go and select players from Europe and play all of them when we have players at home.

“We need a policy that will allow 25 per cent of the players in the national teams to come from our local leagues.

“Do Rohr and his assistants watch the leagues? They don’t; they do what they like at the expense of the country, and the way the coach is assembling only foreign players, I can only wish him well.

“Nobody is playing football now, otherwise how can we be 29th. Our friendly matches and preparations for the Africa Cup of Nations (AFCON), will determine the actual position where we are.

“I will suggest that we wait until we play friendly matches and proceed to the AFCON; for me, our current ranking is fake, so let us play first because no country is playing now.

“AFCON and UEFA Champions League have not started, the league is just starting in England and Nigeria does not know where it wants to be in terms of the league.

“So how did we arrive at 29th? Time will tell,” Laloko said.

He urged the leadership of the Nigeria Football Federation (NFF), to regularly monitor the activities of the coach, noting that gone were the days when coaches folded their hands and watched players train.

He explained that football had gone scientific and not the usual running round the field with players.

“How long are we going to do that? There are new ways of coaching and I have never seen that during Super Eagles training,” he said. 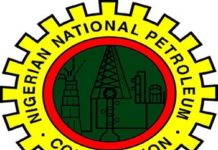