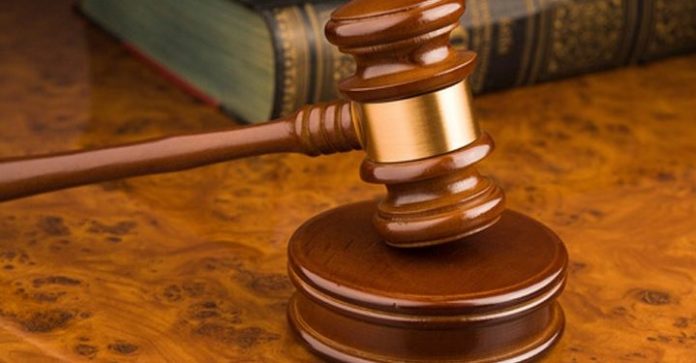 The Court of Appeal, Abuja, on Thursday voided the order of an Abuja High Court which sacked Ifeanyi Ubah, as the senator representing Anambra South.

A three-man panel of Justices of the appellate court held that the judgment delivered by Justice Bello Kawu of a High Court of the Federal Capital Territory was a nullity because the suit was unlawfully instituted.

The Independent National Electoral Commission had declared Ubah, the candidate of the Young Progressive Party, as winner of the February 23, 2019, Anambra South Senatorial election.

His election was also upheld by the Anambra State National Assembly Election Petitions Tribunal and the Court of Appeal.

However, Justice Bello Kawu, while delivering a judgment on April 11, 2019, in a suit filed by one Anani Chuka, nullified Ubah’s election for allegedly submitting a forged National Examination Council certificate to INEC.

After sacking Ubah, the court ordered INEC to withdraw his certificate of return and issue a fresh one to Dr Obinna Uzoh of the Peoples Democratic Party, who came second in the election.

Justice Kawu on January 17, 2020 also refused Ubah’s application seeking to set aside the judgment because he was denied fair hearing.

Dissatisfied, Ubah on March 6, 2020 through his lead lawyer, Dr Onyechi Ikpeazu (SAN), approached the Court of Appeal to set aside the judgment because the originating summons was incompetent.

In the unanimous judgment read by Justice Stephen Adah, the court held that its findings revealed that the originating summons that led to Ubah’s sack was not signed by any legal practitioner.

There was however a mild drama after the judgment as some policemen stormed the court premises to arrest a lawyer identified to be Uzoh’s son.

The policemen, who showed a bench warrant to arrest Uzoh, insisted on arresting his son since he was not in court and forcefully took him away.

Our correspondent heard them saying they were taking him to the force headquarters based on “an order from above.”

Stating reasons for nullifying the high court judgment, Justice Adah said, “An incompetent originating process cannot activate the jurisdiction of the court. Therefore, in the instant case the court processes are defective and incurably bad.

“The law is clear and unambiguous that it is mandatory that originating process must be signed, this is fundamental that validity of originating summons must not be in dispute.

“Any originating summons not signed by a counsel who issued it out is worthless and incompetent.”

Justice Adah, who dismissed the preliminary objection of the respondents, held that there was no evidence that Ubah was given fair hearing before judgment was entered against him at the lower court.

Copyright PUNCH.
All rights reserved. This material, and other digital content on this website, may not be

At 77, granny still rooting for Arsenal