After five years of development, China’s official digital currency “can now be said to be ready”, says Mu Changchun, deputy director at the Payment and Settlement Department of the People’s Bank of China (PBoC).

Speaking at the China Finance 40 Forum on Saturday, Mu did not give a date for the rollout of the central bank digital currency (CBDC), but said it will be launched soon, Shanghai Securities News reports.

China has been developing its own digital currency amid the growing trend of digital finance and the emergence of cryptocurrencies around the world.

In a bid to become one of the first major central banks to issue digital money, the PBoC has done trial runs of the prototype cryptocurrency since 2014, when it assembled a research team for the purpose, Mu said.

Earlier reports suggested that the PBoC has fast-tracked its development of a national digital currency, in response to social network Facebook’s cryptocurrency initiative Libra, which was announced mid-June.

At the conference on Saturday, the official revealed a few details about the digital currency, saying it would not rely entirely on a pure blockchain architecture as such a method would not allow the currency to achieve the throughput required for retail usage.

The digital money is designed to be suitable for “small-scale retail high-frequency business scenarios”, he said.

Also, the digital currency will adopt a two-tier operating structure, with the PBoC on the upper level and commercial banks on the second level, Mu said.

A single-tier structure, in which the PBoC will directly engage in the issuance and exchange of the new digital currency with the mass public, is not preferred as it will lead to a drop in bank deposits, which will be harmful to the nation’s banking system and the real economy, Mu said.

“[If we adopt the single-tier structure], the mass public will likely prefer to exchange their money for the central bank-backed digital currency with the PBoC, instead of holding the money in bank deposits. A squeeze effect on the bank deposits in commercial banks tends to occur, which will also affect the ability of banks to lend, and raise the social financing cost,” he explained.

“This dual delivery system is suitable for our national conditions. It can use existing resources to mobilize the enthusiasm of commercial banks and smoothly improve the acceptance of the digital currency,” he added.

The two-tier structure is also more appropriate for a nation with a complex economy, a vast territory and a large population.

It will improve the accessibility and increase the public’s willingness to use the currency, while also helping avoid concentration of risk and financial disintermediation, Mu said.

To ensure that every token is backed 100 percent by the same value of the fiat currency, participating banks and other institutions will have to provide the full amount of the fiat currency as reserve capital to the PBoC before exchanging the digital currency with the public.

Mu also said the new digital currency will be considered “an alternative to M0”, which does not pay any interest to the holder.

The M0 money supply, also called “narrow money”, refers to coins and paper notes issued directly by the central bank, that are in circulation, and other money equivalents that can be converted easily to cash.

Petrol price may increase as Brent stabilises around $35/barrel 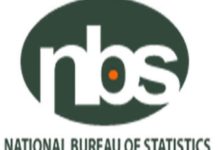 Petrol price may increase as Brent stabilises around $35/barrel