An unidentified axe man is on a killing spree in Ahaba village in Orodo community in Mbaitoli Council Area of Imo State.

The Nation gathered he has reportedly beheaded three persons and chopped off the hands of at least five persons.

Villagers claim he disappears into thin air after each attack.

A resident of Ahaba, who craved anonymity, said: “We don’t know his mission in Ahaba. He has killed about three persons and always disappears with their heads.

“We have searched for him in Ahaba but we don’t see him after carrying out the dastardly act. We don’t know if he is with Juju.

“Our women can no longer go to farm, school children are afraid, we can’t go out in the night any longer due to the fear of this evil man.

“We need help because we don’t know who will be the next person that he will kill.

“Five persons he chopped off their hands are receiving medical treatment at the hospital while we keep searching for him in order for him to be captured.”

Commissioner of Police CP Abutu Yaro told the residents to defend themselves against the aggressor.

“Defend yourself against the aggressor before you come and report to the official government defender who will come and defend you. I ask you take action attack the person back,” he said.

The Future Lies In Knowledge Based Economy — Sanusi

Delta: Over 200 Young Farmers To Participate In YAGEP 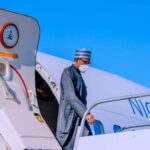 Business Admin - 2021-09-22
0
Chinese Ambassador to Nigeria, Cui Jianchin, has disclosed plans for Chinese-owned banks to start operating in Nigeria, in order to boost Nigeria's economy and...

Sokoto Govt Shuts Down Telecoms Network At Most Vulnerable Areas

The United States Department has condemned attempted coup in Sudan and along with the United Nations Security Council, reiterated support for the transitional government. In a phone call with Sudanese Prime Minister Abdalla Hamdok, national security adviser Jake Sullivan "expressed the Biden administration’s commitment to support the civilian-led transition to democracy in Sudan and oppose any attempts to derail or disrupt the will of the Sudanese people," the White HouseNational Security Council said in a statement....https://www.apnewsng.com/failed-coup-u-s-reiterates-support-for-sudan-government/ ... See MoreSee Less

Manchester City beat a resolute Chelsea side 1-0 in their Premier League game at Stamford Bridge - ending a run of three consecutive losses against the Londoners and destroying Chelsea's unbeaten record in all competitions this season. The visitors dominated the ball from the off, holding 67% possession at HT, but the Chelsea defence was so strong that Édouard Mendy was hardly tested on his return from injury....https://www.apnewsng.com/man-city-ends-run-of-3-consecutive-losses-against-chelsea/ ... See MoreSee Less

The Executive Director /Chief Executive Officer of the National Primary Health Care Development Agency (NPHCDA), Dr Faisal Shuaib, has stated that the figure over vaccinated Nigerians is below the nation’s target. Shuaib added that the threats posed by the virus could prevent the country from returning to normal living. He disclosed this during the South South zonal town hall meeting on COVID-19 vaccination on Saturday in Benin....https://www.apnewsng.com/covid-19-vaccinated-figures-below-nations-target-nphcda/ ... See MoreSee Less

Dishing out freshly factual stories in the best professional way