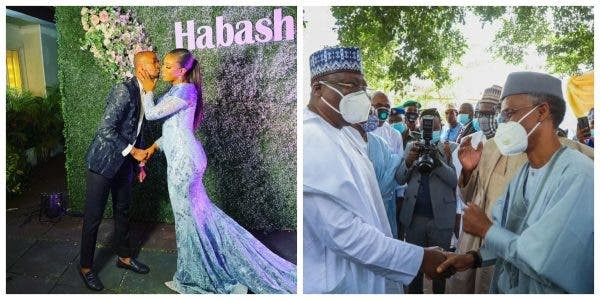 Politicians across Nigeria’s political divide converged on the Abuja residence of the Kaduna State Governor, Nasir El-Rufai, on Saturday for the wedding of El-Rufai’s son to the daughter of a former Nigerian Ambassador to Saudi Arabia, Ibrahim Kazaure.

The solemnisation was conducted by the Minister of Communications and Digital Economy, Mallam Isa Pantami, who charged the new couple to adhere to the teachings of Islam on marriage.